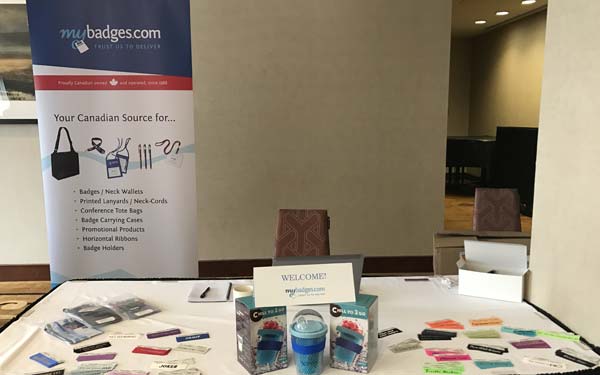 Sponsorship Has Its Perks – CUCCOA Conference

We have the honor of sponsoring the national CUCCOA conference annually, and this year it was held in beautiful St. Johns, Newfoundland, Canada. A slight trek from the far West to as far East as you can go!

We started the conference with the most awe-inspiring sunrise event. Cape Spear has the most Eastern part of North America, therefore this place sees the first sunrise in Canada. What better way to draw inspiration out of attendees before a day of workshops and networking begins, on a Monday of all days? #MondayMotivation anyone? Breakfast and mimosas were provided as bribery to get us all out of bed early enough to see the sunrise, as well as to keep us warm since it was a chilly Autumn day.

Back to the hotel where everyone warmed up and got ready to tackle the day. Sponsors had all of their items delivered upon return from our sunrise event, so while the attendees went off to their first workshop, every sponsor got themselves set up and introduced amongst one another. Our promotional giveaway for this year’s conference was our Chill Yo2Go Yogurt containers and boy were they a hit. Everyone’s favorite pens were there and snatched up by all those familiar with our pens. Cult favorite dare I say! With lots of new attendees this year, fun ribbons were a necessity – they help to open conversations and “break the ice” amongst attendees, attendees/sponsors, and sponsors. The best part of the networking sessions? The murder mystery. What better way to get your attendees speaking and interacting with your sponsors? 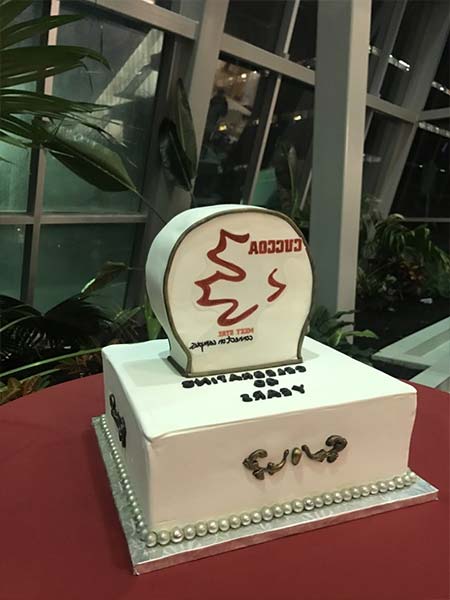 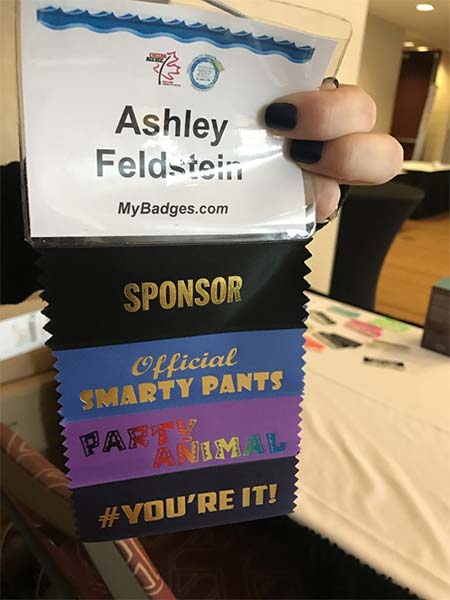 Monday evening we all piled onto our bus and headed over to Quidi Vidi (Kid-dy Vid-dy) which is a historic fishing village We went to the Quidi Vidi Brewery where we were able to sample a variety of beers (flights) or choose pints if some weren’t feeling adventurous. Oh and speaking of adventurous, you could always dive into – wait for it – cod tongue appetizers; definitely an acquired taste! Afterwards, we headed off to Memorial Unversity which featured the 40th-anniversary gala (food provided by Aramark) and they did not disappoint. Fabulous food, great live music, and a chance to interact amongst everyone in a social environment. Happy anniversary CUCCOA and a huge shout out to Carol who is the one who makes this all happen year after year. After dinner, it was time to head on back to the hotel where we all relaxed a bit more in the hospitality suite further getting to know one another.

They let us sleep in on Tuesday, but still a full day of workshops and networking. Tuesday evening was the finale of the conference. After workshops and networking events during the day, we all gathered for the “Rally in the Alley”. This is the night that we were all to be “screeched in“. Don’t worry, they fed us the most amazing fish and chips first! If you’re unfamiliar with the term “screeched in”, it is the Newfoundland tradition that most refer to as “kissing the cod”. First, you take the shot of screech, which is basically a 40% proof cheap rum, followed by kissing an actual cod! Everyone took part in this tradition, and we all became honorary Newfoundlanders! A very overall fun and relaxing evening for everyone involved after endless workshops and networking. Most flew home the next day, albeit feeling a little on the tired side.

The CUCCOA 2017 Atlantic division put on a jam-packed and eventful conference! Until next year CUCCOA – #CUCCOA2017 will go down as one of the best we’ve ever been to. We cannot wait to see what 2018 has up their sleeves!