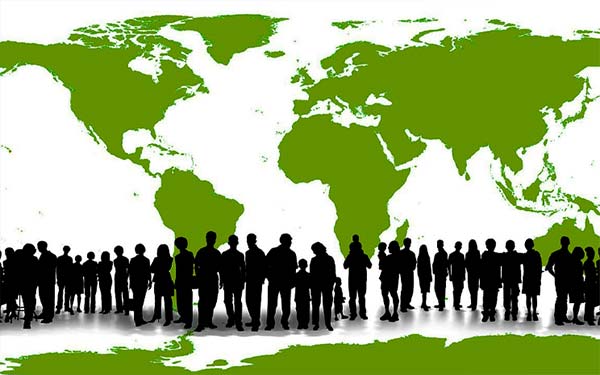 Full Circle – Back to the Western Region

It’s that time of year again! We headed back to the annual CUCCOA conference as proud associate sponsor again for 2019. This year, we were off to Calgary, AB.

This was our 4th CUCCOA National Conference, even though it feels like it has not been that long. In October 2016, the event was held in Vancouver, BC so naturally we attended. New contacts were made, alongside of meeting some of our current clients face to face, and of course friendships were formed, that exist outside of the CUCCOA conference. The national conference alternates through the regions. So, Western in 2016; Atlantic was held in St. John’s in 2017; Central hosted in Hamilton, ON in 2018. Back to Western region we went! Now, we joked last year about the freak snowstorm that hit on the day that the 2019 conference location was formally announced …but the snow appearance for this conference was unnecessary. Who doesn’t like a little Winter when Autumn just started, right?

Since the conference was so close to home, I was able to fly out the Sunday morning, to arrive in the afternoon, in time to pick up my conference badge and tote bag from Carol. With the amount of snow falling, I was a little concerned that my flight may be a little delayed, but in true Canadian spirit, the plane left on time and landed early …in the snow. Easily hopped an Uber and off to downtown Calgary I was!

After checking in (thank you Sandman Calgary City Centre for your hospitality!), I checked in with Carol to get my stuff and then headed to freshen up post flight. Just after 5, we were all reuniting in the lobby, waiting for the buses to take us to the opening night celebration at The Commons. We arrive to a gorgeous space with exposed brick and a glass of champagne along with an amazing table spread of cheese, meat and accompaniments. There were staff walking around with various hors d’oeuvre such as shrimp cocktail, mac and cheese balls, and spaghetti and meatballs. Everyone was able to sit and mingle with various people, which is always great. The night ended with the hospitality suite back at the hotel, and perhaps extra social time outside of the hospitality suite. Sleep is for suckers!

Up and at’er on Monday morning for a day jam packed of educational sessions and multiple chances to chat with exhibitors about their offering at the host venue, SAIT. We were happy to show some of our new products, one of which will be formally announced after CSAE at the end of this month. It’s also a good chance to see what’s new in the conferences side of colleges and universities, and how those style of conferences are evolving. If you’ve never seen the SAIT campus, you’re missing out – the campus is gorgeous. Perhaps the sun shining on the snow gave it an extra special glimmer, but still – gorgeous!

With some spare time after the day, we were prepping for the masquerade gala that evening.

We exhibitors like to stick together, so we hopped an Uber back to SAIT where we were greeted with two shelves, that had drinks with name tags on them. This was a pre-arranged seated event, so the name tags had the table numbers so there was no confusion, or wandering looking for your table. Before the hall was fully opened, there was some cocktails and mingling. There was a magician and I can be a bit skeptical, but hey let’s see what he does. Somehow, it was I that was partaking in this so that was pretty cool. I was told to think of a word in a book, write it down, and he would guess the word. It all came down to him writing three words down on a piece of paper, and then attempting to choose the word that I had written down. The three words he wrote were – romantic, hilarious, terrifying – which word, if any of those words did I think of and write down?

Yep, he nailed it – I chose hilarious. Mind, blown!

Dinner was nothing short of amazing. I had ordered the beef (Alberta, duh!) and I was not disappointed. I have had my fill of prime rib for what i’m sure is a long time, but so worth it! This is the evening where awards were given out to members of CUCCOA.

Following the awards, there was a table full of desserts – key lime pie, creme brulee, and a chocolate mousse – all of which were phenomenal. Time to head back to the hotel, where once again the hospitality suite was alive and kicking.

The final day, even though I swear this event just started. Exhibitors had breakfast together at the hotel, since the first networking/trades how part wasn’t until 11:00 am. Back to SAIT we went, and the day was over before we knew it *sad face*

We packed up, said goodbye to those that were not joining us for the closing dinner, and headed back to the hotel. With a more casual closing event, compared to the evening before, I had plenty of time to login to work and try to help the office out as much as I could for a couple of hours.

We hopped the C Train to our final destination – Bank & Baron. This is a restaurant that used to be a bank and is massive! We had the entire upstairs portion, and seating was open for anyone to sit anywhere. I couldn’t do beef two nights in a row, so I went vegetarian this time and had the gnocchi 🙂 Lots of people made the sacrifice for beef two nights in a row, and they were not disappointed. Again, Alberta beef – duh!

After dinner, there was a hot chocolate and ghost tour of Calgary. Now, let me remind you that it is cold (at least for those of us that would appreciate Autumn temperatures, not Winter!) but who wouldn’t want to do a ghost tour?! We toured around downtown Calgary, which gave us history alongside ghosts, and as much fun as we had, we were all happy to go back to the hotel where we could feel our feet/hands again.

Calgary absolutely did not disappoint!

Jill and team put together a great 3 day program full of education and networking, that seemed to fly by in a flash. Putting on an event like this, especially when it is a volunteer position, takes a lot of time and dedication throughout the year, and the conference itself, and they did it with a smile. We were happy to be a part of this national event, and we look forward to 2020.

Are you a Canadian college or university that has a conference services operation? Click here to learn more about how CUCCOA can benefit you and your organization.

Now, the Western region hands the reigns over to Atlantic Canada. Where oh where will be next year?